What is Team SpecNG?
Team SpecNG was founded in 2001 by Marco A.G. Pinto of Portugal and Robert Bergström of Sweden, with the purpose of converting games from the old 8-bit computer ZX Spectrum to the PC, using new technology now available. SpecNG stands for “Spectrum New Generation”.

We have chosen to code our games using the popular game developing package called DarkBASIC Professional. We started using it when it was rather new and had quite some bugs! We even took part in the developing process by reporting strange bugs to the DarkBASIC Team! Even today, we have a page at their site, sadly outdated…

Our first remake was the great Action-Adventure from Mikro-Gen, originally released in 1985. We asked David Perry (lead programmer of the game) for permission and got it! This game took us some years to come to a final point, but we didn’t work on it every day. If summed, the various versions have been downloaded over 10000 times from all over the world and most people have enjoyed our remake of Three Weeks in Paradise.

In our projects, we have had the great pleasure of working with two musicians. On TWIP, Stephen Mifsud of Malta did all the music. On High Noon, Stefan of Sweden did original music for it! Thanks guys!

ZX Spectrum 16K, 48K and 128K
The ZX Spectrum was a home computer released in the UK in 1982 by the company Sinclair Research, owned by Sir Clive Sinclair.

For you who didn’t experience the ZX Spectrum; the total memory was first 16K, then came the improved 48K version and lastly the not as popular 128K. It was the 48K machine that was the industry standard and to which over 3000 games were developed!

The Spectrum was a 3.5 Mhz machine with a Z80 microprocessor and a beeper to reproduce sound. Later the 128K versions brought three MIDI channels which allowed a better sound.

The old Spectrum would only allow two colours per each 8×8 pixels, a paper and an ink, and it used low resolution graphics (256×192 pixels) with a “border” where colour lines would appear while loading the games from magnetic tapes.

Our games
Are the remakes by Team SpecNG free? Yes, we convert games for free with the single purpose of sharing with the world the old memories of the 1980s now with improved graphics and sound.

We are a team of talented guys who like to help our kind.

We won’t ever charge a cent for our remakes. Also because the original games were copyrighted to their authors and it wouldn’t be ethical to get money from their original work.

Does this mean that Freeware is lower quality? Tricky question! We thrive to produce a nice looking game with smooth gameplay and follow the original game as closely as we can, or at least keep the spirit of it intact. Compared to a commercial game house, which has up to hundreds of employees and a budget of several millions pounds, no Freeware project can compete or even come close. However, we have produced games which have proven to be better than lots of commercially released titles.

Why Freeware and not Open Source? In the past, many Open Source projects were ripped off by scammers who would grab the source code, change things in it and release the projects commercially. To avoid that our source code is closed.

Marco A.G.Pinto is around 35 years old and is the programmer of Team SpecNG. He is also the founder of the group. 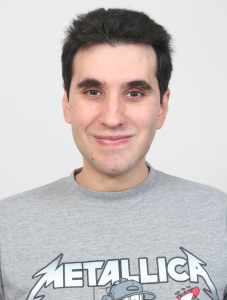 His main interest is computers, but he also likes movies, music, animals and is interested in science.

Marco started on computers back in 1986 at age 12 when his father offered him and his brother a TC 2048 which was a ZX Spectrum 48 kB compatible computer. Back in the 1980s he coded in Basic and a bit in Z80 Assembly.

In 1991 Marco moved to the Amiga scene where he coded several Freeware and Shareware using AMOS and AMOS PRO. He had an Amiga 500 and later an Amiga 1200.

In 1995 Marco entered University and started using PCs, graduating from University in 1999. During his University days Marco didn’t code much because of the downfall of Commodore and the Amiga was no longer a very used computer anymore. And the programming languages for the PC weren’t as flexible as the ones Marco used before.

In 2001 Marco started coding for the PC as a hobby using DarkBASIC and later DarkBASIC Professional. 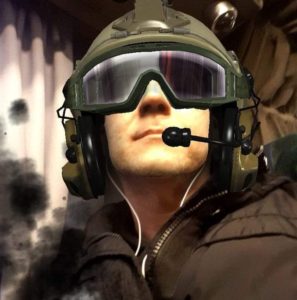 Robert Bergström is the one that does all the graphics and animations. He has also done some minor programming, has optimized and fixed some sounds, and is constantly coming with ideas about the projects. Furthermore, he is the designer and webmaster of the Team SpecNG site, nowadays powered by WordPress.

During the years with Team SpecNG, things are finally picking up and getting interesting! Recently (read: year 2020) we are both learning Unity and it is our plan to create future remakes using that platform. Exciting!

Hopefully his knowledge in Level Design can contribute to the remakes. As he studied 1,5 years of Level Design and also got an education in Blender. 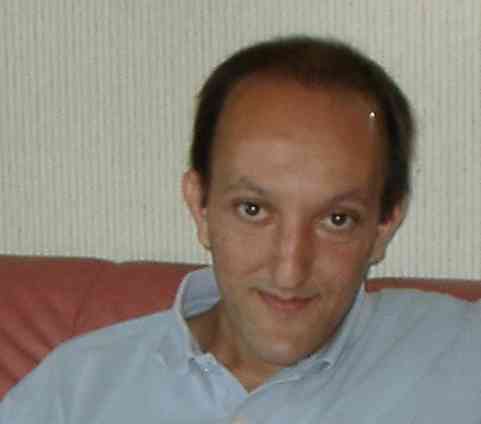 Stephen was our musician on Three Weeks in Paradise and lives in Malta. Computers have always been one of his favorite hobbies, from when he was 14 years old. Being creative, he did not limit the use of computers just for playing games but began to use multimedia programs and coding, especially in the music department.

He enjoyed composing music so much, that he decided to build a small home studio, slowly and create professional songs for any purpose like public CDs and games. He was more into techno and trance and instrumental styles. Click here to enter ‘My songs’ web page).  Nowadays he is more into webdesign, and dedicate his time onto  his website, but until some years ago he was asked and accepted delightfully to compose / remix some music tracks for this game Three weeks in paradise.  It was the first music project he created using a PC program (called Fruity loops) since the previous music was created by Music-X2 on Amiga. Don’t hesitate to contact him and ask questions or music tips.

Stefan Eriksson with the artist name “INCOMING” is composing mostly for fun & for free. A guitarist from the beginning… trying to learn the complexiality of playing, composing, arranging, mixing & mastering.

Stefan have been playing in different groups since late -70 & the last decade he’s been playing in his virtual band, INCOMING.
For High Noon, he did the title tune from scratch, as well as the R.I.P tune. Can be downloaded at the Download area.